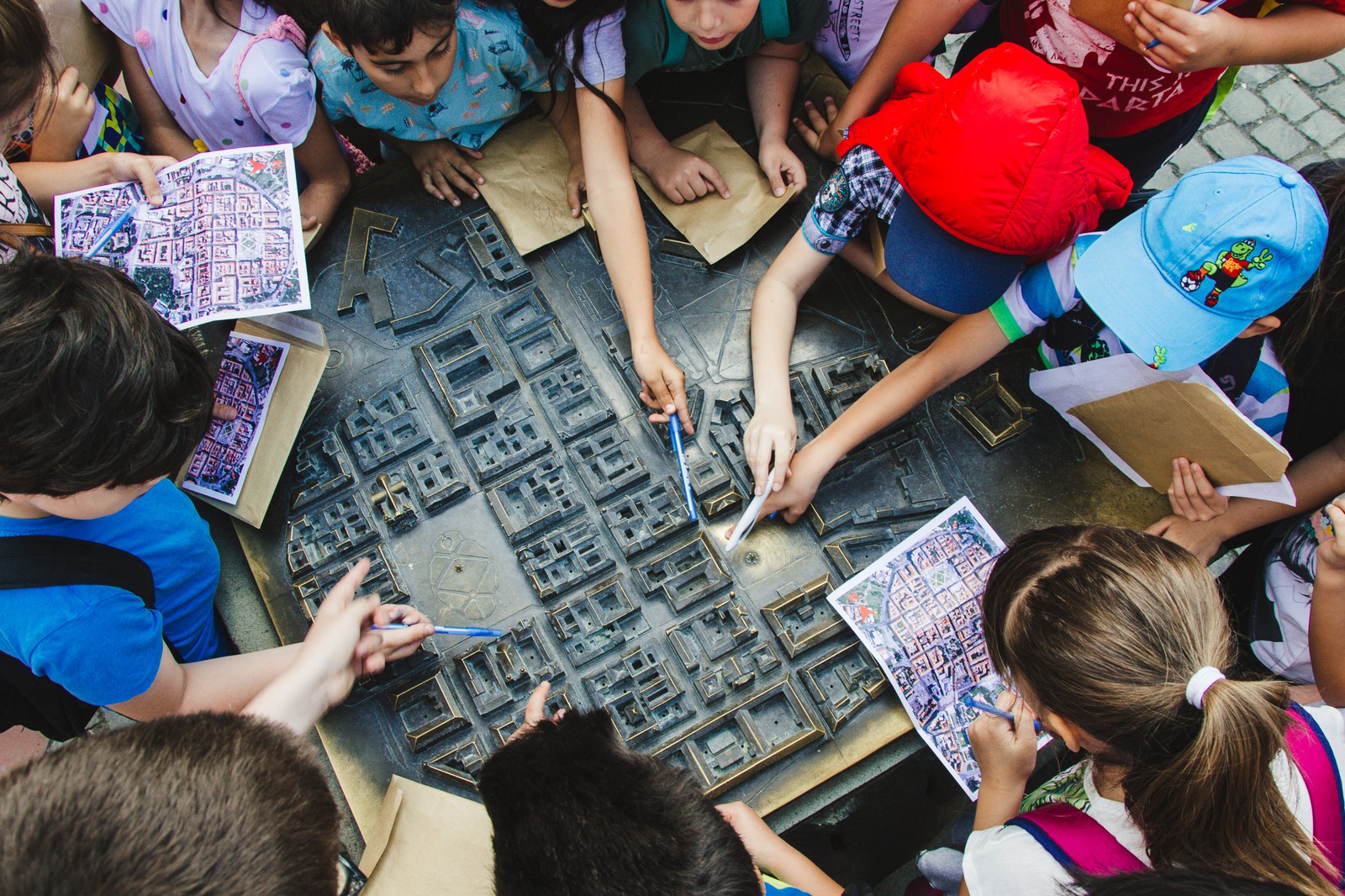 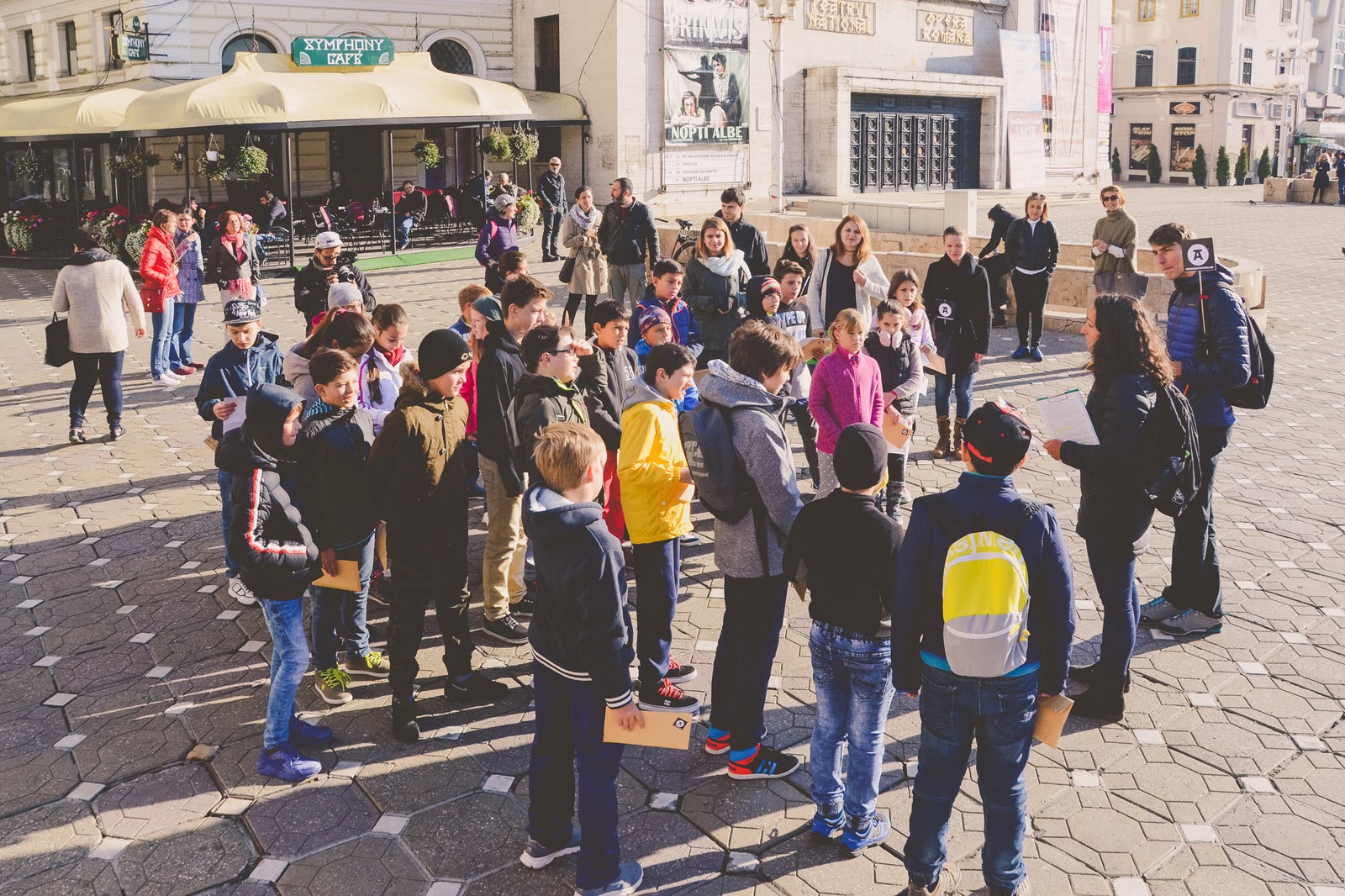 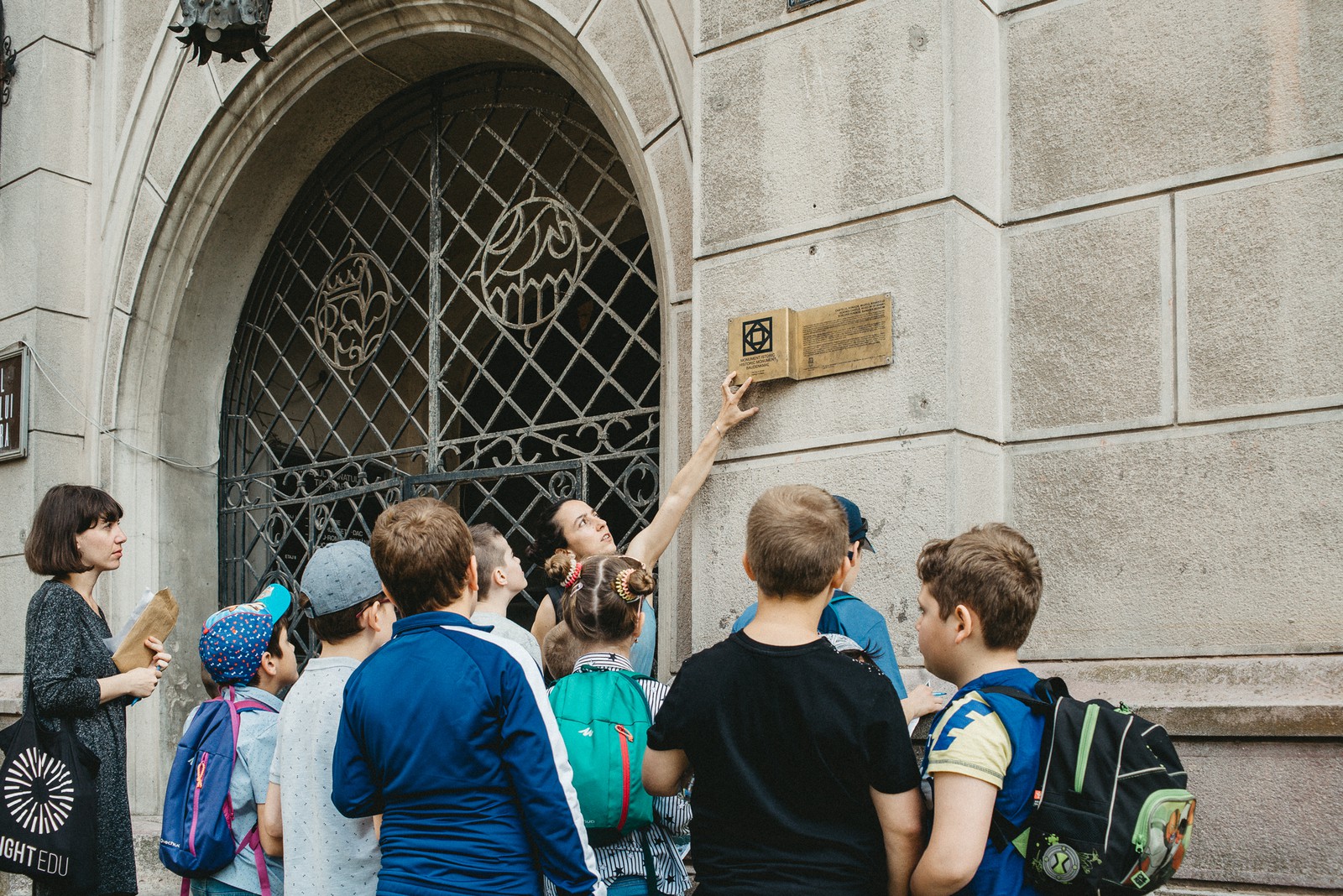 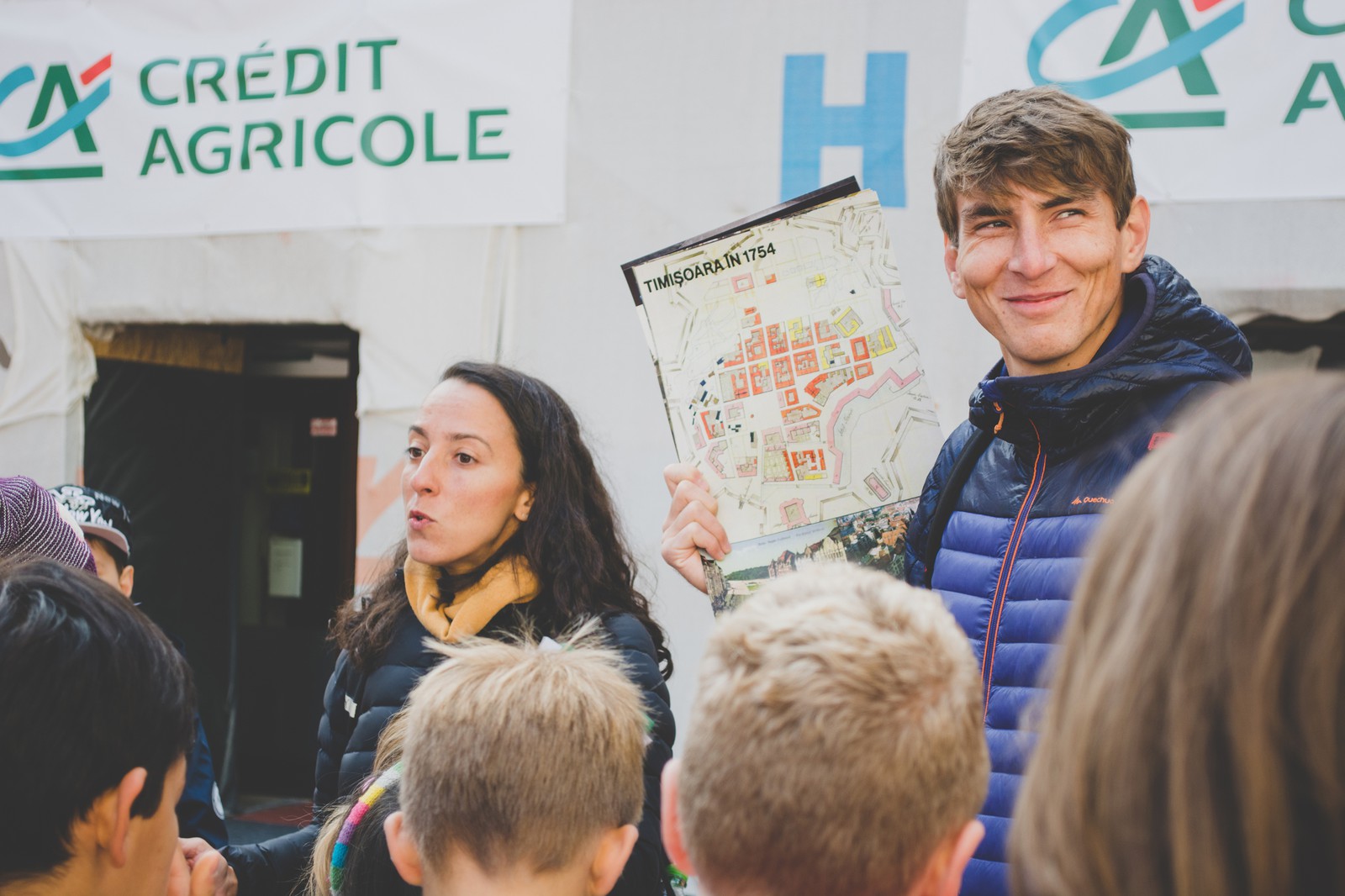 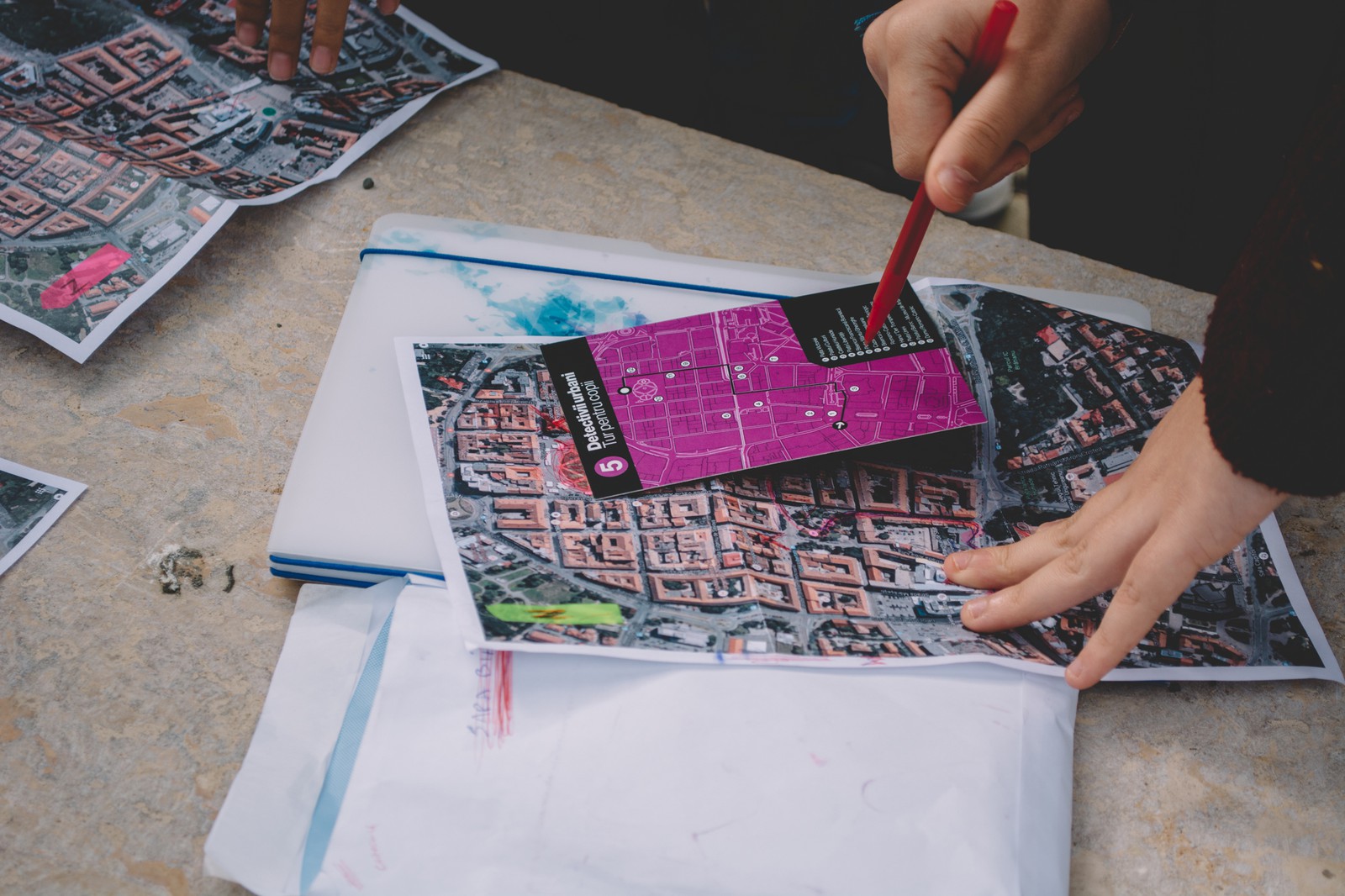 An urban expedition designed for children in order for them to understand the complex processes that change the environment in which they grow up. In order to find the identity of the city, there is a need for urban cultural baggage, which can begin here by recognizing and understanding the key elements of Timisoara's built heritage.

The "Urban Detectives" tour is addressed to children aged 9 to 11 and involves going through the four squares found in the historical center of the city: Victoria Square, Liberty Square, St. George Square and Union Square. The proposed route will bring to the forefront the history of the oldest neighborhood of the city and its immediate neighborhood. We will talk about the emergence and evolution of these squares over time, their current appearance, but also some of the most significant buildings that populate them and the important personalities in shaping the image they are presenting to us today. Children will discover and collect old city images and develop their sense of observation as well as orientation with the help of a map and city landmarks.

This children's tour is organized in partnership with the De-a arhitectura Organization as an extension of their activities within the "De-a arhitectura în orașul meu" school elective and is an adaptation of the first adult tour through the educational materials developed by the NGO during its 5 years of activity.

Duration: 2 h
Traveled distance: 1,5 km
Maximum number of people:30
No break included.
Date For now this tour has no set date.
Statement of responsibility
Signing up for this tour is unavailable at the moment.
Let me know when registration will start. Please read Terms & Conditions.
Let me know
Upload an old photo with Timișoara
Thank you for the photo!